Danger: Do Not Proceed- How the Color Purple Sends This Message to Outdoor Enthusiasts 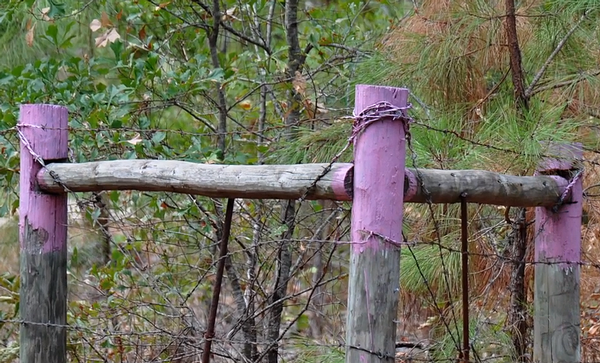 You are out for a hike on wooded land out in the country, or you were out hunting, and you come across a fence with posts or slats painted purple. To the uninitiated, you might think, “interesting color choice, I am not sure I would want my fence painted that color”.  Actually though, you should beware, a rancher/farmer/ landowner has warned you that you will be trespassing onto private land and they don’t want you to go there. Danger - DO NOT PROCEED is what this purple means. You are thinking, “I don’t see a NO TRESPASSING sign”, so what is the problem? 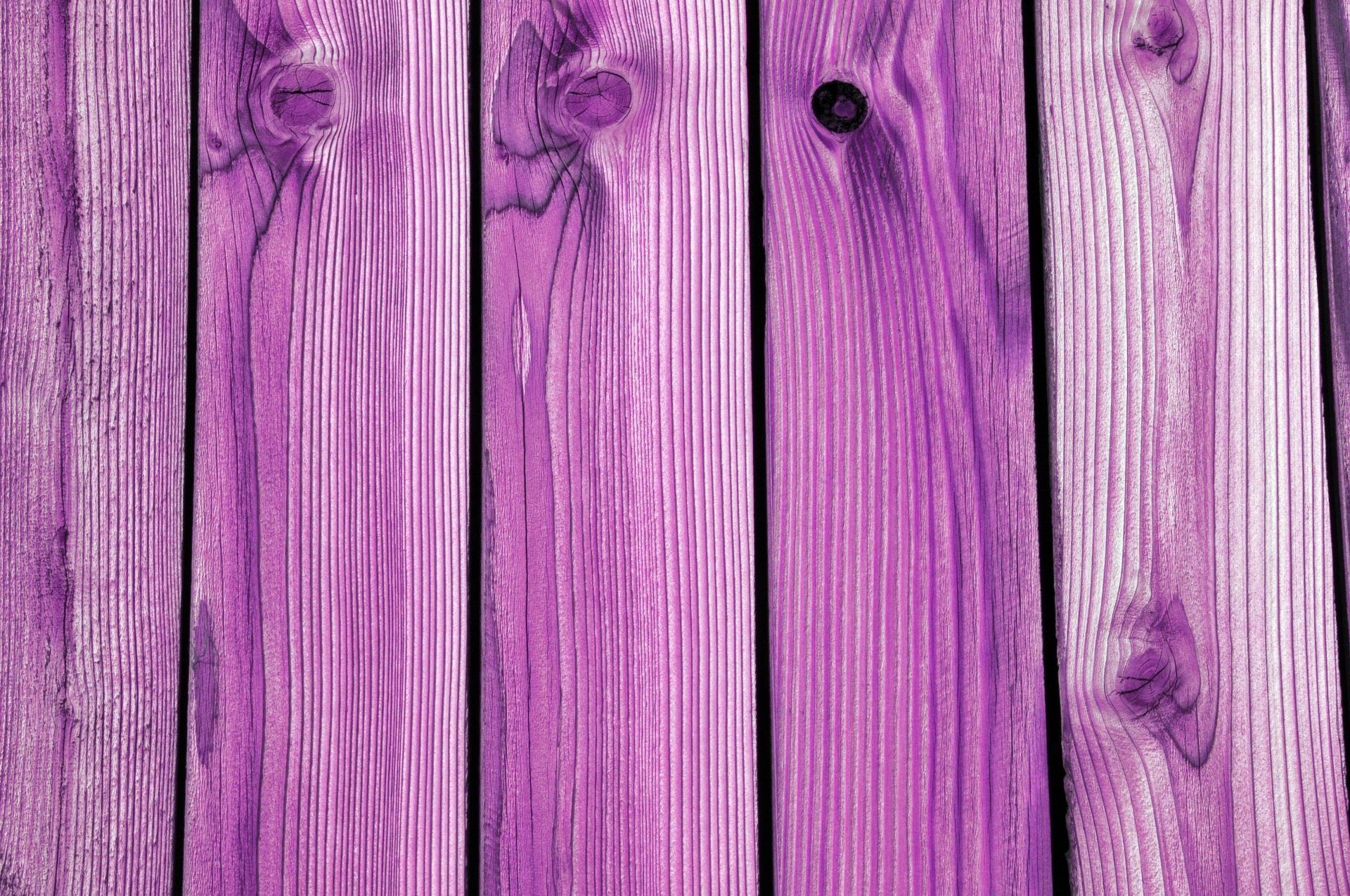 There are more than 11 states that have recently (within the last 3 or 4 years) passed the “Purple Paint Law”. This law was introduced and passed to stop random people from the public, trespassing onto private land. States found that No Trespassing signs were made from a variety of materials, many of which contained paperboard of some type and decomposed easily. Also, the metal signs were attractive to vandals and were not always reliably still posted around a large property after a few months. So, lawmakers decided to give landowners a new option. The Purple Paint law allows landowners to post their intent of not allowing the public onto their land by painting purple stripes on trees, or painting fences purple, or painting just the wooden post ends, purple. 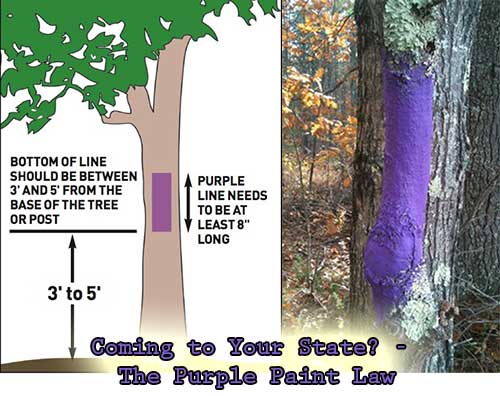 There are rules about the location on each surface you should paint the purple. Also, many paint manufacturers have adapted to the color, after a history of making fluorescent paints for things like gas pipelines, they have mostly come to rest on a “no hunting, no trespassing” purple hue to use for this paint. Lawmakers felt that paint was more permanent and the color more recognizable. Pennsylvania was the last state we know to pass this law ( House Bill 1772 ) and they qualify the striping on the wood to be at least 8 inches long and minimum of 1 inch wide. You must also place the purple three to five feet above the ground and no more than 100 ft. apart. Of course, you can paint the entire wood pole or fence purple. Paint manufacturers have formulated spray paint and brush-able paint specifically marketed as a “No hunting paint “designated color according to everybodyadventures.com blog post.

States currently with “A Purple Paint law” on the books include: Pennsylvania, Arkansas, Texas, Kansas, Arizona, Montana, Idaho, Florida, Maine, Indiana, North Carolina, Missouri and Illinois. There are some variations to the law however.

In Texas, land posted with purple paint is closed to all who might try, it is considered trespassing. In North Carolina, purple paint prohibits only hunting, fishing, and trapping. In Pennsylvania, the purple paint law will prohibit trespassing on lands marked with purple, altogether. The only exception is to retrieve a wayward dog. They must get the dog and retreat off the property immediately.

In an article published way back in 2011, Ted Gregory of the Chicago Tribune wrote, “The law applies to land in any town of less than 2 million people, although the focus is on rural acreage”.

"Most forestland owners don't want people tramping through their property without permission," said Dave Gillespie, secretary of the Illinois Forestry Association. The group brought its concerns to state Sen. John Sullivan, D-Rushville, who sponsored a bill.

Gillespie said members of his group and a district forester from the Illinois Department of Natural Resources had expressed concern about the challenges of preventing trespassing.

"Most hunters are very respectful," Gillespie said. "But there are always bad guys who aren't and ruin it for the rest of us."

Sullivan said he farms on a small scale and has hunted and fished most of his life. He called trespassing "a real issue that landowners are always concerned with." The problem has become more challenging in the last 20 years, he said, because "finding places to hunt and fish is becoming much more difficult."

It's a particularly acute issue in Illinois, where only 4 percent of land is state- or federally owned, figures from the National Wilderness Institute show. That percentage places the state among the five with the smallest publicly held acreage, according to figures from the Washington-based organization.

Apart from privacy issues, woodland owners are concerned about liability, the theft of trees worth thousands of dollars, potential harm to crops and livestock, even the poaching of wild mushrooms, landowners said.”

By now some of you may be wondering why the color Purple was chosen as this signal to “stay off the property”. Ted Gregory’s article continued to reveal that it was assigned to the state of Arkansas’s Ed Waddell, he was a state Forester, and he had the task of finding a color which was not already in use by the State Forestry Dept.  Colors such as Yellow, Orange and Red were already in use by the State. That left him colors like Green, Purple, Black and Pink. Green and Black were blending too closely with the natural landscape and forests, so it came down to pink and purple. Pink was determined to fade quickly after prolonged Sun exposure and when Purple was tested, he found it to be distinctive and resilient to the Sun. Another reason to choose purple came when it was found to be a color that even colorblind individuals could distinguish as much darker than many other colors appeared to be, therefore causing notice.

If you are a landowner who wants to utilize purple to warn off trespassers, you should know that using Latex or Tree marking paint is advisable, oil-based paints can slowly seep through the tree bark and harm or kill your trees. This fact courtesy of the Pennsylvania Extension Service/Department of Ecosystem Science and Management.

You may not have the Purple Paint law in effect in your state now, but I would expect to see several more states, especially those with a large hunting population, move towards using purple paint as a No Trespassing warning.

Currently there are 14 states with statutes in effect, they are:  Alabama, Arkansas, Arizona, Florida, Idaho, Illinois, Indiana, Kansas, Maine, Missouri, Montana, North Carolina, Pennsylvania, South Carolina, Tennessee, and Texas. If you are a hunter, please check with the hunting license issuing station to see if you have purple paint laws, or check with your local Agricultural Extension service.